By Sylvie Belmond | The Acorn
belmond@theacorn.com

Roll it. Calabasas has a new film festival.

The inaugural Calabasas Film Festival, which will be presented Sept. 12 through 14 in association with the City of Calabasas, will feature two major studio premieres, two documentaries, one independent film and the works of local student filmmakers.

“We think it’s going to be one of the biggest events in Calabasas history,” said Natalie Khoury, co- director of the new festival.

The big screen adaptation of the ’80s TV show is directed by Antoine Fuqua (“Training Day”). In the film, an ex-CIA agent portrayed by Denzel Washington uses his lethal skills to protect a young woman in jeopardy from a violent Russian mob.

The premiere will begin with a red carpet event at 7 p.m. The screening will take place at the Calabasas Common’s Edwards Grand Palace theater and will include a Q-and-A session with two of the movie’s producers, Todd Black and Jason Blumenthal.

A VIP after-party will follow at the City Hall courtyard.

A premiere pass is required to attend the screening and related activities.

The festival will continue at 11 a.m. on Saturday in the Viewpoint School auditorium with the screening of three independent films and another U.S. premiere, which has yet to be announced.

“It’s Not a Date,” a dark comedy about a young couple’s relationship gone awry, will be shown at 1 p.m., and “Love Me,” a narrative documentary about men and women who use Ukrainian mail-order services to look for love, will start at 4 p.m. These two films are for ages 17 and older.

Roll it. Calabasas has a new film festival.

The festival will conclude Sun., Sept. 14 with a Student Day from 1 to 4 p.m. at the Calabasas Library Founders Hall.

Student Day will provide a venue for young filmmakers to show their work while allowing audiences to experience the future of film, organizers said.

Students can submit films through Mon., Sept. 1. Films should be about five to 10 minutes long.

The city has a history of film festivals. The Method Fest Independent Film Festival was canceled in 2011 due to declining sponsorships.

That festival, which came to Calabasas in 2005, spotlighted American and foreign independent films.

The new festival is the brainchild of Calabasas-based Pelagius Entertainment, an independent production company that seeks to develop quality, fact-based and character-driven stories for film and television.

The festival will provide a venue for the Calabasas community to connect with industry executives, producers, directors and actors who share a passion for film and TV, Khoury said.

“At the CFF you will find people who share your passion for the screen and the hard work behind it,” she said. “Together we hope to share the true spirit of Calabasas and the heart of the industry.”

Many industry professionals live in the area.

The cost to attend “The Equalizer” premiere is $150. Saturday daytime screenings are $15 each, and Student Day passes are $15, with an award ceremony included in the cost.

A senior discount is available for the screening of “Alive Inside,” which is tailored for seniors, Khoury said. The discounted price is $12.

Since the festival is a nonprofit event, tickets are tax-deductible, Khoury said. Opening night VIP passes and tickets for other screenings are available at www.thecalabasasfilmfestival.com.

The Calabasas Film Festival showcases major film premieres, student films, documentaries and top quality film selections from all genres that are guaranteed to entertain. CFF provides the community an opportunity to connect over mutual passions for film and television while enjoying local culinary arts and entertainment. CFF will always be the heart of film.

The Anza Hotel: Press 2014
Comments are Off 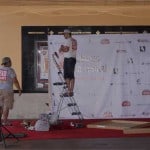 Curtain Up for Inaugural Calabasas Film Festival
Comments are Off 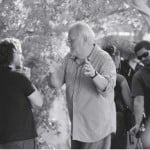 Roll Out the Red Carpet
Comments are Off